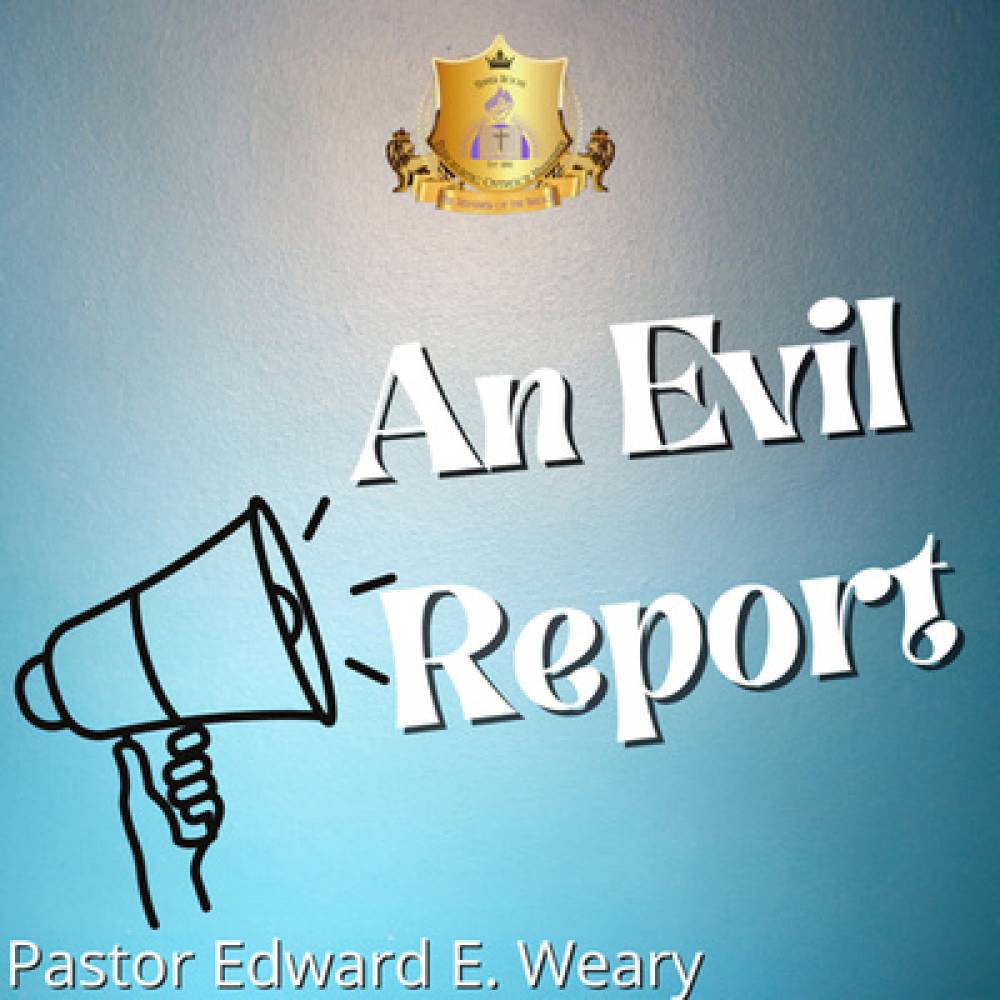 An evil report is an unwanted or false report. It is a negative description about something. A bad report is when you exalt problems above God's promises.

In Numbers 13 from verse 17, Moses sends a group of men to spy on the land that God had given to Israel as their inheritance.

After spying the land for 40 days, the men brought a report so bad, that the Israelites cried before God the whole night.

Joshua and Caleb, however, had a different report. They gave a good report because they were sure that God had given that land to Israel no matter the stature of people that occupied it at that time. He would enable them to drive all the inhabitants out. They were men of a different spirit (Num 14:24)

Bad reports drive in fear, so that you cannot undertake something you are supposed to.

Remember that God has not given us a spirit of fear, but of power, love and a sound mind. (2 Timothy 1:7)

They secretly or privately pass on false reports. They have no place in the Kingdom of God. Fear carries whispers of how you can't make it, how the task is above you, and such.

Do not spread information about others, whether true or false. Gossip is destructive. Naturally, it is so easy to believe rumours. No wonder this is a dangerous, but common sin even in our churches today.

Prov 18:8 'The words of a talebearer are as wounds, And they go down into the innermost parts of the belly.'

A gossiper is capable of separating friends, and creating enemity between people. Prov 16:28 'A troublemaker plants seeds of strife; gossip separates the best of friends.'

Prov 17:9 He who covers a transgression seeks love, But he who repeats a matter separates friends.

A slanderer uses facts or distorted facts to destroy another's credility and reputation.

A slanderous person is a defamer. Whether it is true or not, it is unnecessary to go telling people what someone did as long as it is demeaning.

If you don't have to mention someone, don't. If whatever you are going to say about them will harm them, dont say it. Lev 19:16 ‘Do not go about spreading slander among your people. ‘Do not do anything that endangers your neighbor’s life. I am the Lord.'

Busy bodies are idle people who get involved in other people's lives. An idle mind is the devil's workshop.

Busy bodies dig up evil reports and spread them around by means of whispering, gossip and slander.

2 Thes 3:11 'Yet we hear that some of you are living idle lives, refusing to work and meddling in other people’s business.'

Five (5) Questions You Should Ask a Bad Report Carrier

2. Where did you get your information?

3. Did you go to those involved directly?

4. Have you personally checked out the facts?

Prov 15:23 says that everyone enjoys a fitting reply; it is wonderful to say the right thing at the right time!

According to Prov 6:18-19, God detests  a false witness who speaks lies.

These sins of the tongue, like any other, have repercussions. Those that carry bad reports have no place in the Kingdom of God.

Prov 13:3 'He who guards his mouth preserves his life, But he who opens wide his lips shall have destruction.'