The significance and the power of the cross - mrs. pst leah gitahi

THE SIGNIFICANCE AND THE POWER OF THE CROSS - MRS. PST LEAH GITAHI
19 Apr 2022 | By Pst. Gitahi Daniel 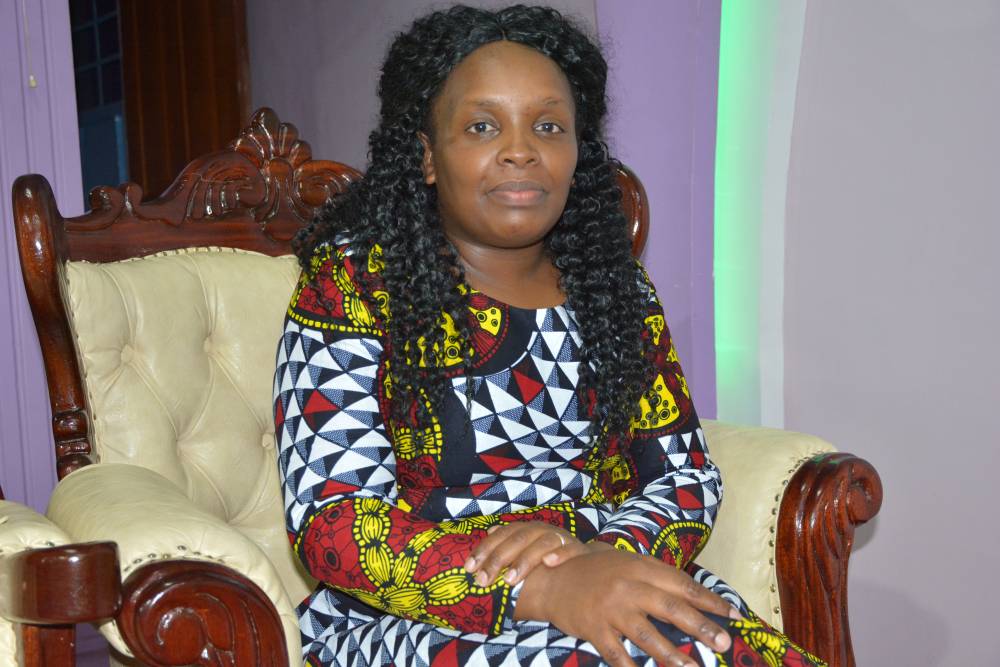 1 Peter 2:24-25 talks of how Jesus Christ bore our sins so that we can live in righteousness.

Col 1:19-20 echoes how God the Father was pleased to have His fullness dwell in Christ, and by so doing, reconciled Man to Him, through the cross.

The cross is the heart of our faith.  Without it, there is no faith.

God made man in His perfect image. Adam and Eve were holy people before eating the very fruit they were told not to.

The union between God and man was so close that He would visit Adam and Eve in the cool of the day.

When Adam and Eve sinned, the first consequence was separation from God.  It is sin that separates man from God (Isaiah 59:2)

From this point on, sacrifices for sin were given through the offerings of the blood of sheep and goats. The offerings were conducted by the high priests.

These offerings covered the sin but never removed it. The lambs in the old testament, signified the coming of the real Lamb of God, Jesus Christ.

John 3:16 'For God so loved the world, that He gave His only begotten son that whoever believes should not perish but have eternal life.'

God the Father, God the Son and God the Holy Spirit agreed that Jesus should come down here and die for mankind. It had to be on the cross.

The debt and the weight of sin that Adam and Eve were guilty of was paid in full, at the cross.

The Cross is Significant for These Reasons.

1. It is where the debt was paid in full

Whoever sins carries a debt; a debt of sin. Sin is very weighty.

No wonder Matt 11: 28-29 says “Come to me, all you who are weary and burdened, and I will give you rest. Take my yoke upon you and learn from me, for I am gentle and humble in heart, and you will find rest for your souls.'

Before the cross, man didn't stand a chance to be saved through grace. As mentioned, the sacrifices that used to be given then would only cover the sin, but would never get rid of it.

2. Jesus reconciled Man back to God

He stood as the middle man. The high priest's role of taking offerings to God on behalf of others was short-lived.

After the cross, man can go to God without involving any middle men. You can pray to God directly. This, however, doesn't mean you should live without a man of God in your life. Each of us requires a Spiritual canopy/umbrella.

3. By the cross, anybody who comes to Christ is granted access.

John 14:6 says that no one comes to the Father except through Jesus Christ, who is the Way.

We don't have to go through pastors, or high priests to go into the holy of holies.

We don't need to pay to be 'connected' to God. We are seated together with Christ in the heavenly realms. (Eph 2:6)

4. Jesus was shamed on the cross.

It was an abomination in the Jewish custom to be naked. Jesus had to be crucified naked nevertheless, to get rid of our shame.

He was also shamed while naked so that we can be clothed.

According to Isaiah 61:10, we have been arrayed with a robe of righteousness. Jesus was put on that cross so that we can be clothed with righteousness on coming to Jesus.

This is not physical nakedness but rather spiritual nakedness. In the realms of the spirit, it is possible to tell a true believer from a non-believer. Those in the Kingdom of darkness use the spiritual eye to know who is truly walking with Christ.

A righteous man is clothed with the robe of righteousness. Our work is to protect the relationship with God by not backsliding, so that we don't become naked and open a door for the enemy.

5. It is because of the cross that you can come into contact with Jesus

When you do, your life changes. Zaccheus had one such encounter in Luke 19:5

Nobody told Zaccheus to give his possessions to the poor, but this uniquely great divine encounter changed him and all his perspectives. Peter also had a divine encounter with Jesus in Luke 5.

Peter and his companions had tried to catch fish all night to no avail. At Jesus' command, they caught such a large number of fish that their nets began to break.

An encounter with Jesus should change you into seeing sin the way God sees it.

6. Through the cross we are adopted to sonship

John 1:12 'Those that received him, to those that believed in His name, He gave the right to become his children.'

All others are people of God. It is through the cross, that we are adopted into sonship.

We are coheirs together with Christ as sons of God (Rom 8:17)

7. The love of the Father was displayed on the Cross.

This was a love so great that He didn't spare His only son. You can imagine watching your own son go through such pain, to save the same people who have continually rejected, despised and humiliated Him.

Both covenants were displayed on the cross. It was the end of one, and the beginning of another. Ni wonder the veil of the temple got torn into two.

We get born again today because of grace. Grace that was birthed at Calvary.

It is at the cross that we get power and strength when we are weak.

Gal 6:14 'May I never boast except in the cross of our Lord Jesus Christ, through which the world has been crucified to me, and I to the world.'